I was a totally dropped the ball with book reviews this Summer, so here’s an overview of what I read during the past three months and what’s on my nightstand for this Fall.

I love Francine Rivers, and this was good, but wasn’t one of my favorites. (Mark of The Lion series is my favorite, in case you were wondering.) Rivers is an expert at crafting emotionally driven plots and characters. Bridge To Haven is no exception. A movie star is born, but only a few people know her real origins. Abra gets all she hopes for and burns every bridge she has to the people who love her in the process. It’s a classic redemption story, making the outcome a bit predictable. However, my mom rightfully pointed out that not everyone is familiar with Christ’s relentless love which Rivers is portraying with relationships within the story.

I wasn’t super familiar with Glennon or Momastery.com when I picked up her book. Glennon is a straight talker who doesn’t shy away from honesty when she addresses marriage, motherhood, or faith. I didn’t resonate with everything, but I bookmarked multiple chapters to chew on later. For more thoughts on this book, read my post about truth-telling and vulnerability.

If Anne AND Shauna recommend a book, it automatically goes on my to-read list. The Rosie Project was one of those books and I was thrilled to find it available at my library. I loved The Curious Incident of The Dead Dog in the Night-Time (if you haven’t read it and you liked The Rosie Project, put it on your list!) so was intrigued by another book written from the perspective of a person with Aspergers. The novel documents Don’s, who doesn’t know he’s on the Autism spectrum, quest for love. Warning: it’s a wee bit vulgar in parts. I’m excited about the sequel – The Rosie Effect – due out in December 2014.

I read a Patricia Cornwall novel in high school that forever ruined me on yellow houses and sleeping with a window open… Needless to say, I don’t do well with murder mysteries and such. I wouldn’t categorize Last Light as a murder mystery (despite there being both murder and mystery), but it is definitely in the thriller category. Even though I did get the wiggins a couple times while reading this book, the plot was captivating and thought provoking. Perfectly portrayed the real struggle between providing for your family and selflessly loving others when disaster strikes. Makes me wonder how I would react if something knocked out all power…

Surprised By Motherhood has been waiting on my reading back burner for awhile and I’m sorry I didn’t read it sooner. Though, come to think of it, had I read this right after James was born, the water works would not have stopped. Lisa-Jo documents her journey to motherhood in a heartwarming and poignant narrative that had me crying, laughing, and amening. For more about this book, read how I was surprised by motherhood.

I discovered Tessa Afshar last year and have since gobbled up all her novels. She really is a gem in the Christian Fiction genre. In the Field of Grace retells the biblical narrative of Ruth. I love the artful and well-researched way Afshar builds the backstory of the characters. She weaves culture and emotion into the facts we have in the Bible. Her books are frequently on sale for Kindle, so keep an eye out. In fact, this one is only 4.99 right now! (as of 9/8/14)

Katherine Reay has skills! She writes emotionally driven novels with nods to Austen (and other great literature) without being straight up fan fiction. (Though there’s nothing wrong with a Mr. Darcy’s Diary or Lost in Austen, both of which are on my bookshelf next to Reay’s fantastic first novel, Dear Mr. Knightley.) Lizzy is a talented chef whose lost her food inspiration. Her sister, Jane, has cancer. Together, they have a messy sibling relationship that keeps getting more complicated. I love how Reay adds modern elements, like the importance of social media hype to new businesses in a timeless fashion.

I received an advanced copy of Lizzy and Jane for free from NetGalley. My glowing opinion is all my own. It comes out October 28th. In the meantime, pick up Dear Mr. Knightley.

When a student in our youth group mentioned she was in possession of the first installment of Christy and Todd, the married years, I couldn’t resist asking if I could borrow it. The Christy Miller series was a favorite in my pre-teen years. What young Christian girl in the nineties didn’t dream about meeting their dashing surfer boy with silver blue eyes and sandy blond hair? Despite the questionable impact of their love story on impressionable young hearts, I was still interested in what Christy and Todd were up to for old times sake. I was not surprised to discover Todd had become a youth pastor and that Aunt Marti was still her sassy self, but there were some decent truth nuggets hidden in the poorly edited narrative. The second installment comes out in a few months, and I will probably read it because sometimes you need to be reminded of yourself in junior high.

Tim and I read Death By Meeting out loud over the course of several road trips. Patrick Lencioni is known for explaining business principles through fable. And he’s good at it! The narrative was engaging – I actually wanted to know how the story turned out – and the ideas about effective communication and the structure of healthy meetings was applicable beyond the business world. I’ve been thinking about how the principles outlined in the book could be applied to a family setting to maximize communication, an area I’m always trying to work on.

And the book I abandoned? Drumroll, please…… Allegiant, the last of the Divergent triology by Veronica Roth. Divergent was good. Insurgent was okay. But I didn’t want to spend precious reading time on Allegiant. If you read the series, what did you think?

What’s on the nightstand for Fall? I’m in various point of these three books.

What else should I be reading?

Affiliate links used in this post. Thanks for supporting this blog at no extra cost to you!

Linking up (again) with Modern Mrs. Darcy for some short, casual book reviews.

Every Body Matters by Gary Thomas

Developing radical spiritual strength by addressing physical fitness? That’s the plot. I may not fully agree with the conclusion, but the book is motivating and thought provoking. #workingonmyfitness #Hesmywitness

Biblical story of Dinah set in the Scottish Lowlands. Continuation of a fantastic series. Some intentional deviations from the original, so don’t skip the author’s notes! #tissuesnecessary #teammcdonald

As For Me And My Crazy House by Brian Berry

I could identify with some of Amelia’s situation -newlywed, twenty-something living in Los Angeles needing to move to a more rural locale when her pastor husband gets a job. Realistic portrayal of marriage, change, mental illness, and different stages in a faith journey. #emotionalrollercoaster

Epilogue: Reinventing Rachel is cued up on my Nook!

The Novelist by L.L. Barkat

No doubt Barkat is a skilled writer. This is a subtle how-to chronicling the main character’s struggles to craft her first novel. It will suck you in and make your scratch your head. Poetry and literary references abound.

Epilogue: An interview with L.L. Barkat via Kindred Grace and 10 Things Every Novelist Needs, a blog post by the aforementioned Liz Curtis Higgs.

You Are A Writer by Jeff Goins

Do you NEED to write? Me too. I’ve never been more inspired to BE a writer and devote hours to my craft. Part personal experience, part advice, part cheering squad, Goins makes it seem possible to make writing an occupation. #startcreating #noteasybutpossible

Epilogue: I’m A Writer – beautiful post written by Kristen of Five In Tow.

DISCLOSURE: I received The Novelist and You Are A Writer for free via Story Cartel in exchange for an honest review. This post contains my affiliate links. Thanks for supporting Primitive Roads!

I’m taking a page from Modern Mrs. Darcy and doing my book reviews Twitter style. Not sure if I can keep these snippets under 140 characters a la MMD’s Twitterature, but I will certainly try!

Here’s what I’ve been reading:

A bit pretentious at times, but I’m a sucker for anything related to simplicity. If you’re wanting a spiritual challenge and immense hilarity along with simplicity, you’re better off with Jen Hatmaker’s 7: An Experimental Mutiny Against Excess. #quickread

Worldview rocked. I won’t ever look at physical, mental, or emotional disabilities the same. Nouwen’s heartfelt tribute to a dear friend is poignant, playing on themes from previous works like Life of The Beloved.

Bread and Wine by Shauna Niequist

Read it. Make the recipes. Find people to share a meal at your table. #cookbook #fantasticbook #bestofbothworlds Then, read Cold Tangerines and Bittersweet.

How Starbucks Saved My Life by Michael Gates Gill

Didn’t have a ton of sympathy for Mike, but I closed the book loving Starbucks even more. Good for a coffee lover. #mythirdplace 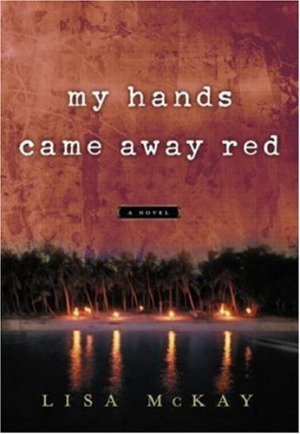 My Hands Came Away Red by Lisa McKay

Extreme, but realistic, look at what could happen on a third-world missions trip. Not your typical “everything is perfect” Christian fiction ending. Plus, the teen romance factor wasn’t cloying or simpy. #pageturner #refreshing

This post contains my affiliate links. Thanks for supporting my blog!