Based on my perfectionist and overly studious tendencies, it’s not a major shocker that I was an obsessive note taker in school.  During lectures, in my textbooks, from a power point, I would be making notes.  Even though I’ve been out of school for four years and, thus, not pouring over textbooks and the like, I generally read for pleasure with a pencil in hand, making notes or underling quotes I like or find interesting.

Note taking has leaked into my devotional time as well.  My Bible is underlined and scribbled in – there’s even a smiley face and doodle or two.  Not only does this help me engage with what I’m reading, it also helps me recall what I learned when I run into it again.  And let me be honest, parts of the Bible can get a bit dry.  Sometimes I just need an external occupation to keep me interested and interacting with the words that I’m reading.

Regardless of my motivation for reading the Bible with pen in hand, I’ve always been blown away by how God has used those notes to meet me where I am.

He works in such timely and unexpected ways.  During the three hour solo time at high school summer camp (July. Lake Shasta. Houseboats!), I ran into some of my Bible scribblings. A year ago when NewSong was at houseboats, I was at Hume Lake as a jr. high counselor with my old church.  It was a really difficult week for me.  My parents had just left for a month.  My boyfriend of a month was unreachable because Verizon cell reception is nil at Hume.  My worth as a leader was being rocked because of the abundance of peppy Hume staff.  I was feeling lonely, uncertain and way out of my comfort zone.

Already feeling discouraged, I sought refuge in the Psalms.  David’s honesty and ability to praise God amidst his struggles has always been encouraging – and I was feeling in need of some encouraging.  I decided to read a Psalm a day, beginning at Psalm 35.

Wednesday’s Psalm, in particular, gave me a sense of peace.  In Psalm 37, David says, “find rest in the Lord.  Do not fret.  It only causes harm.”  Not only was I being a major fret face, but I was fretting over misplaced priorities.  Pining after Tim and feeling inadequate as a leader were keeping me from serving selflessly.  After some initial resistance, I was able to start surrendering my desires for the future and move past some of my insecurities – at least put them aside while I was supposed to be pouring into students.

Fast-forward 12 months and I’m at the park during solo time, following along with the devotion for Friday.  I flip open to Psalm 37 as directed.  A date was printed above it.  7.13.11.  Exactly one year after finding solace in those words at Hume Lake, God directed me to the same Psalm.

Though I was not dealing with the same type of fretfulness, God knew I needed to read David’s words again. That boyfriend from a year before was now my husband and we had spent many months in the ups and downs of a ministry job search.  I went in to the houseboats trip needing direction, confirmation, and peace about the most recent developments in Tim’s job hunt.

God spoke a specific exhortation and encouragement to my heart from Psalm 37.

Commit your way to the Lord, trust also in Him, and He shall bring it to pass. (v.5)

In my efforts to be in the know and manipulate circumstances to fit how I envision things should go, I don’t always abide by this simple formula:

The steps of the godly are directed by the Lord.  He delights in every detail of their lives.  Though they stumble, they will not fall, for the Lord holds them by the hand. (vv. 23-24)

Even though I don’t always follow the aforementioned formula, God takes great pleasure in orchestrating every detail of my life.  I can certainly trip myself up, but He won’t let me fall.  My hand is held fast and firm in His own grip.

3 thoughts on “ON LETTING GOD DO HIS THING” 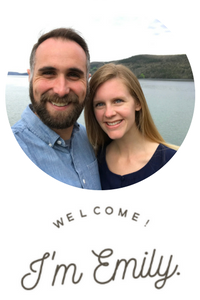